ISBN 978-1-4709-0948-2
Christine A Deacon
Deacon is a writer photographer and editor who has written about Australia’s underwater world. In this her third book she looks at Australia from the perspective of the Dreamtime, an expanded state of consciousness Dolphin energies form a group consciousness which was well known to the first Australians, the Aboriginal people. This is explored through trance channels. This latest frontier of the mind is expanding our viewpoint as inhabitants of Earth, the Blue Planet, Urantia. Is this the way to an ecologically sustainable future? 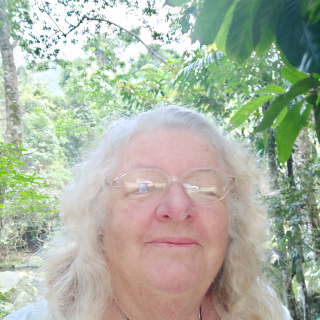 I'm an artist and author from Mount Tamborine in Queensland where I moved in 1996 from Sydney. I have done many things, including working with Jean Michel Cousteau, publishing and writing - I have 3 traditionally published books and many more as ebooks. I have taught adults for 5 years at TAFE. I worked at The Australian Museum twice, including as Project Team Member on the Mineral Gallery. I was Science Editor on The Australian Encyclopaedia 4th Edition, I have travelled in Europe, around Australia, in France and Spain on the Camino, in Egypt and the Pacific Islands. I started the blog in 2012 and it has grown from publishing my first ebook to writing about the new spirituality and the new energies. It is for Starseeds and Light workers and those awakening now.